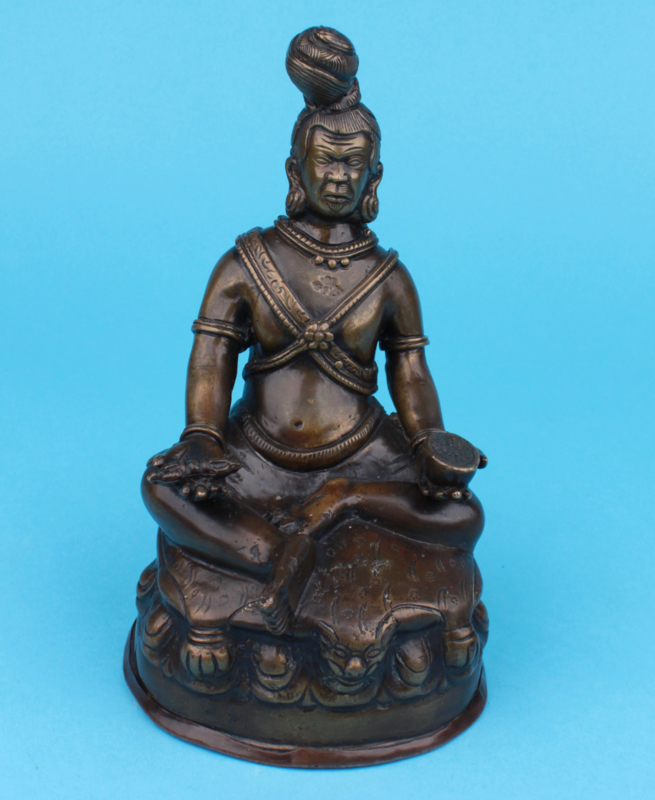 Bronze figure of Tsang Nyon Heruka Rupai Gyan Chen (1452-1507 the 'Crazy Heruka of Tsang Wearing Bone Ornaments' was an author, a teacher and a yogi, in the appearance of mahasiddha who belonged to the Drugpa Kagyu School of Tibetan Buddhism. (See biography) .

Tsang Nyon usually appears as a tantric yogi with a vajra-scepter in the outstretched right hand, or alternately lifted, and a skull in the left hand with a katvanga staff against the left shoulder. His cloak is generally white as is the custom of those who follow the tradition of Milarepa and Rechungpa. As decorations he wears a headdress of a skull and bone earrings, chain, long and short, bracelets, anklets, all modeling of the appearance of the semi-peaceful and semi-angered gods such as Hevajra and Chakrasamvara of the Anuttarayoga class of the Buddhist Tantra. This is known as Mahasiddha appearance. This peculiar and antisocial way of dressing, copying a Heruka deity, is called the second level of the Application of the Vow in the Hevajra Tantra. The Chakrasamvara and Hevajra Tantras, together with similar instructions in other Tantras, are the textual source for all those teachers and practitioners in India and Tibet who wear leg decorations, animal skins and tantric tools.

Images of Tsang Nyon usually take the form of a sculpture. Tsang Nyon is famous for his looks and writings. After extensive retreats, he insisted on wearing the Heruka garments as stipulated in the Chakrasamvara and Hevajra Tantras. He is more known for writing and compiling the One Hundred Thousand Songs or Milarepa, along with countless biographies of early Kagyu teachers. In the 15th century he began to revive the old Marpa Kagyu traditions of extensive retreats at isolated locations after the behavior of Milarepa. 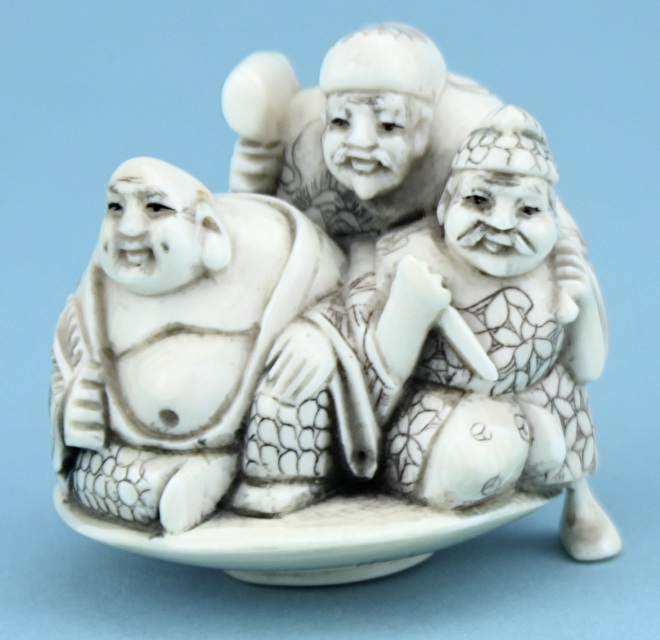